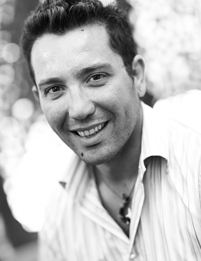 Giovanni Giuliano’s 25+ year career as a hairstylist began in his native Naples, Italy, where he worked with prominent Neapolitan stylists in top salons for more than seven years. With his strong base of technical experience and training in hand, Giovanni moved to London, where he qualified as a top stylist with TONI&GUY

Beckoned by L.A.’s Mediterranean landscape, Giovanni made the city of angels his home for the new millennium. Hollywood quickly took to Giovanni’s talent and he garnered an extensive clientele base among the celebrity “It” list, beautifying Naomi Watts, Gwyneth Paltrow and Kirsten Dunst among others for editorials with renowned photographers such as Mario Testino, Annie Leibovitz, Andrew Macpherson, Bob Richardson, Arthur Elgort and Fabrizio Ferri for Vanity Fair, GQ, Vogue, NY Times Magazine and W.

The energetic pulse of Giovanni’s creative vision and his “la bella vita” philosophy continue to drive his career – and his life – full speed ahead.